Success, No Matter What!

On Monday 3rd October 2016 and Tuesday 4th October 2016 every class participated in a massive art project to fill our display boards. Art Solutions came in and helped show us how to transform cardboard, newspaper, tissue paper and glue into magical displays that really do jump out at you.

The children were introduced to the ladies from Art Solutions by Mr Boyjoonauth who then explained what everybody would be doing. They demonstrated how to make "pebbles" of different sizes and how to twist newspaper that would then be stuck on to cardboard outlines.

Every class excitedly started creating padding, twists and "pebbles" to stick to their cardboard shapes with glue and masking tape.

It was now time to get stuck in! Using watered down glue, paint brushes and masking tape the children carefully stuck everything to the cardboard shapes.

Once all the newspaper had been stuck on it was then covered with paper that they use in fish and chip shops. This was then coved in glue. The flat pieces of card where now starting to look like real animals.

The models were not painted. Instead coloured tissue paper was stuck on to the models and then covered in another level of glue.

The finishing touches were added with a little paint, plastic jewels and fur.

The KS1 fantasy displays finished. Two of them in the hall and the Unicorn and Mermaid display in the year 1 cloakroom.

Time For A Close Up

It's difficult to see the real detail of these displays in the large photos, so here are some close ups to help you see.

All 3 of the KS2 jungle displays are in the hall. The large one taking up the corner by the door leading to KS1.

Deeper In The Jungle

Just like the KS1 displays it's hard to appreciate the detail and hidden wonders in the larger pictures. These close ups help you to see the hard work and details that really bring this display to life. 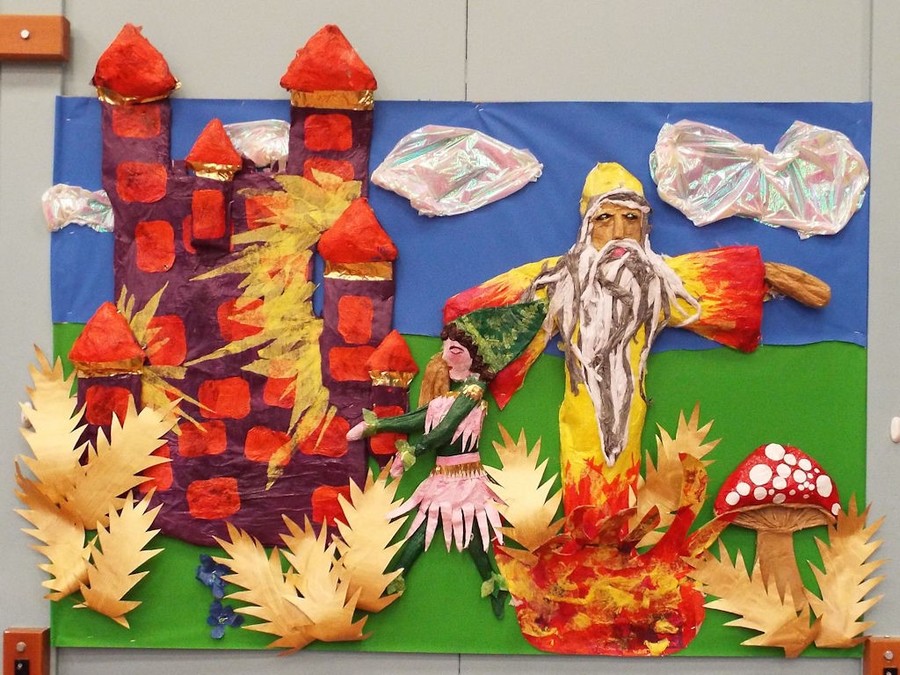 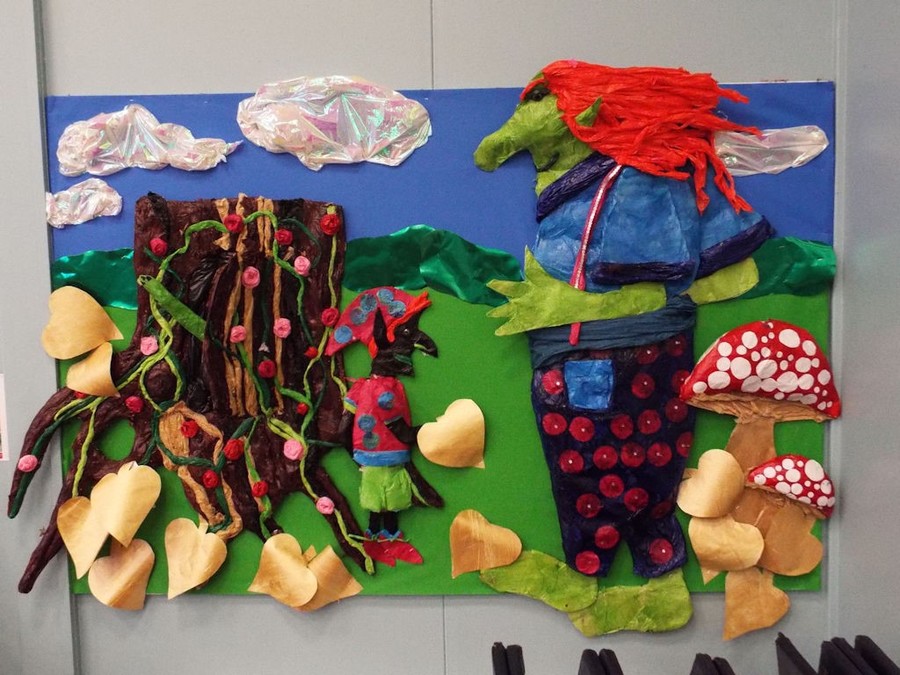 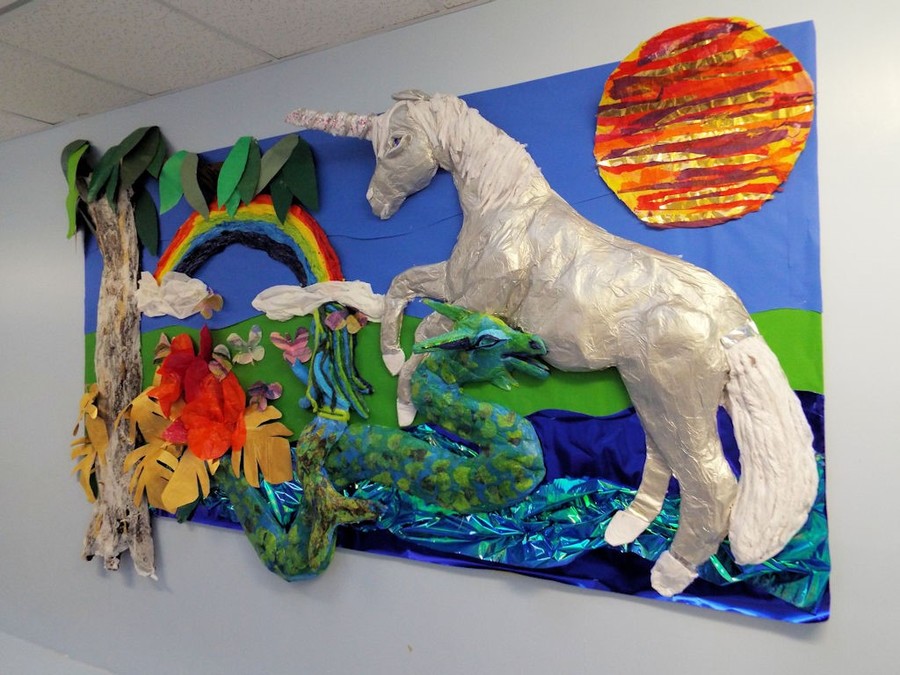 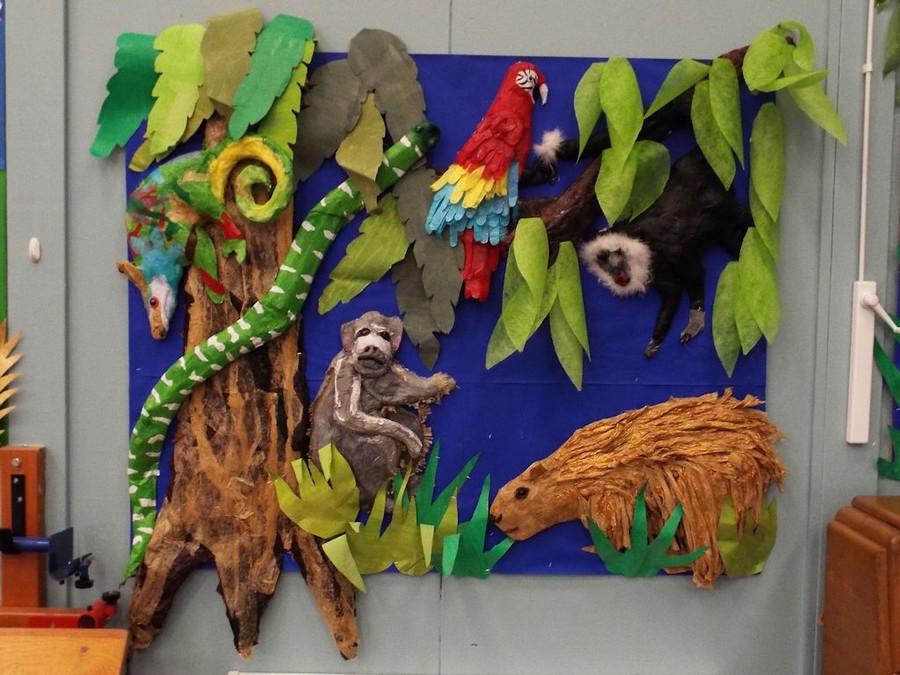 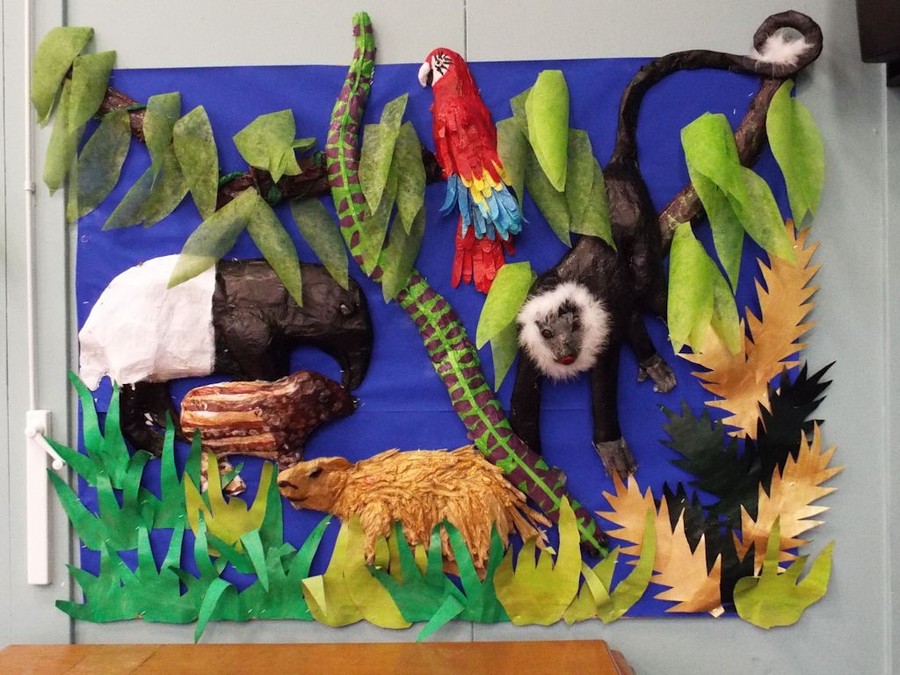 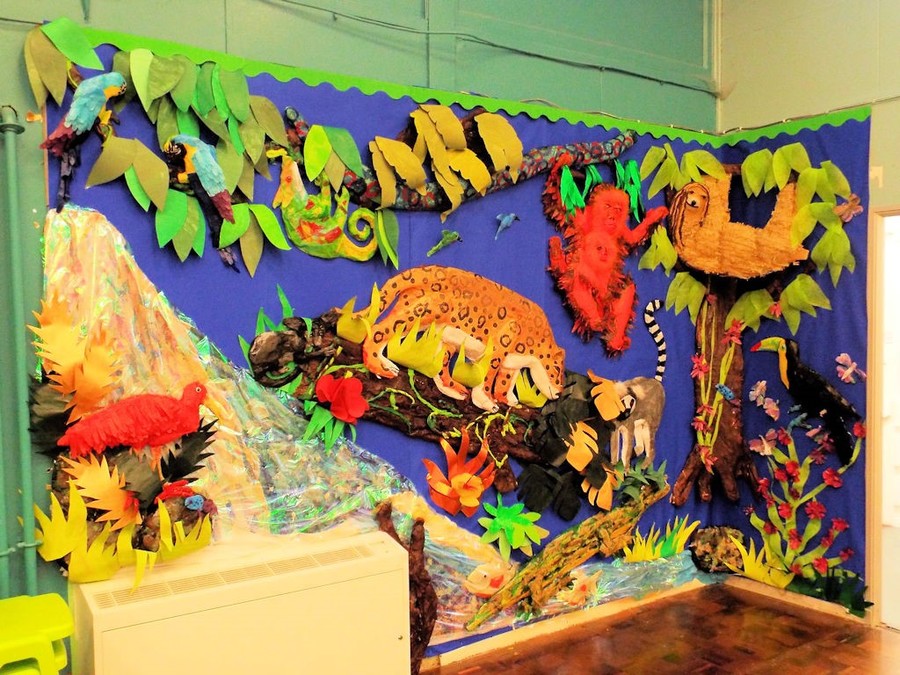